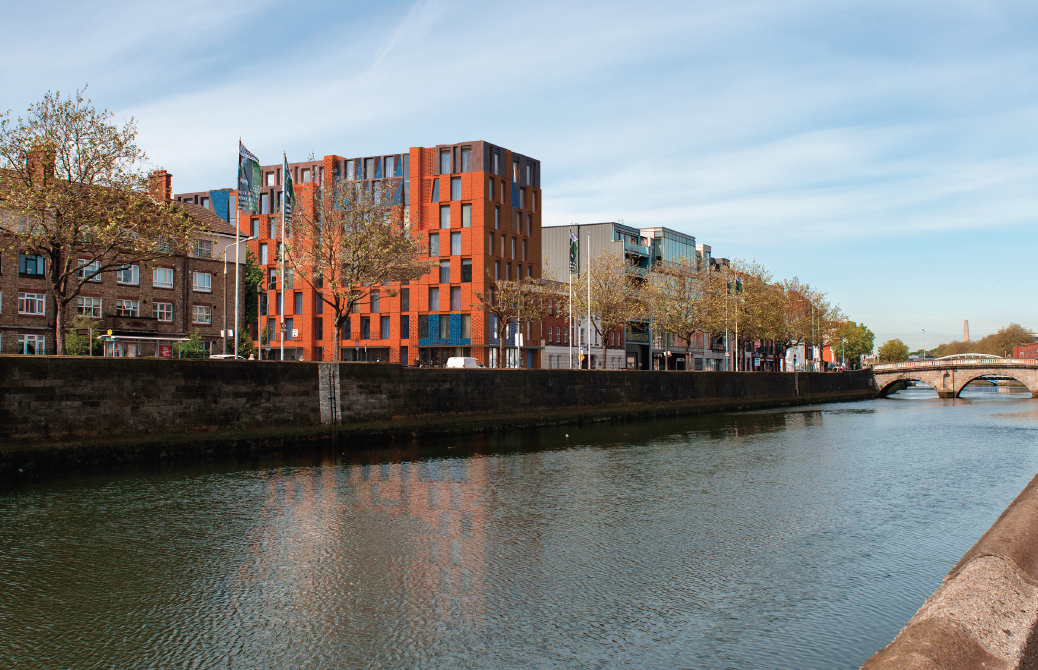 Premier Inn owner Whitbread has entered into an agreement to lease a 106-bedroom hotel from its development partners Warren Private and the Greenleaf Group at Usher’s Quay in Dublin 8.

Whitbread wants to open more than 2,500 hotel rooms across the State this year, and secured its fifth site in Dublin in February. The proposed hotel at Usher’s Quay is the subject of a planning application to Dublin City Council and a decision is expected shortly.

Warren Private and Greenleaf acquired the Usher’s Quay site for €3.3 million in 2019. The price paid represented a premium of 16.67 per cent on the property’s €2.75 million guide price.

While the 0.14 acre plot was offered for sale with full planning permission for the demolition of its existing buildings and the construction of 27 apartments, Warren Private and Greenleaf deemed this to be a “suboptimal” use of the site. They are now seeking approval for the hotel extending to 42,000sq ft and distributed over seven to eight floors above basement level. Whitbread has agreed to lease the new hotel subject to planning permission being obtained.

News of the proposed Usher’s Quay hotel comes just three months after Whitbread secured a site with Bain Capital Credit for a 151-bedroom Premier Inn hotel in the Distillery Quarter at Newmarket Square in Dublin 8.

And last December, Whitbread announced it would work with another of its development partners, Red Rock Developments, on the delivery of a new 108-bedroom hotel at Gloucester Street in Dublin’s south docklands.

Whitbread operates one Premier Inn hotel in the Republic at Dublin Airport, with 213 bedrooms. Since signalling its intention to expand here in 2018, the company has signed deals for six Premier Inn hotels in Dublin city centre – at South Great George’s Street, Jervis Street, Castleforbes Business Park, Gloucester Street, Newmarket Square and now Usher’s Quay. The hotels are a mixture of freehold and leasehold acquisitions and will open from early 2021 onwards.

Moving beyond the capital, Whitbread agreed a deal with Warren Private and Greenleaf last November for a 183-bedroom hotel in Cork city centre. The new hotel at Morrison’s Quay is the company’s first site in the Republic outside Dublin.

Whitbread says it also sees the potential for Premier Inn hotels in other cities including Galway, Limerick and Killarney, and is seeking sites as freeholds, leaseholds and office-to-hotel conversions as well as going-concern purchases.

Read the article in